The Carey Academy of Irish dancing is based in Birmingham, England under the direction of John Carey A.D.C.R.G. The school was established in June 2007 and to date has won an incredible 30 world titles in both solo and team categories as well as over 100 national titles.

Since 2015 those with passion for Irish dancing have the opportunity to learn it at the highest level here in Israel.

Marina Frumkin and Pavel Kolesov are the founders and the principal teachers at The Carey Academy Israel. Marina and Pavel have both participated in a large number of competitions, winning numerous prizes, and currently are the most titled and experienced competitive dancers in Israel.

We offer traditional Irish dance classes for children (3+) and adults, from beginners through to World Champions. Our classes are fun and a great way to keep fit and learn a fantastic art form.

We customise your experience to suit you, if you would just like to Dance for fun, or have aspirations to be the next World Champion and star in Lord of the Dance, we can help you achieve your dream.

The Carey Academy is registered with An Coimisiun Le Rinci Gaelacha in Dublin, the largest Worldwide Irish dancing governing body. 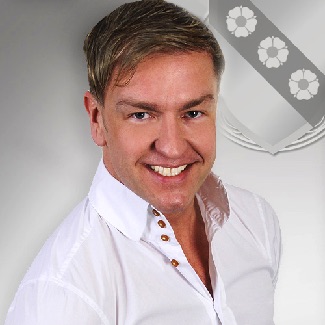 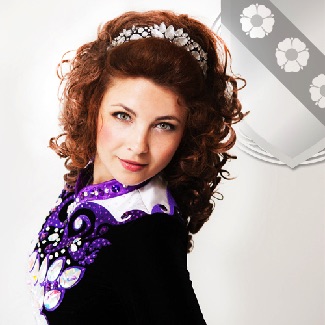 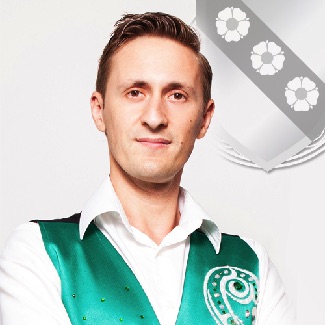 Irish dancing or Irish dance is a group of traditional dance forms originating in Ireland which can broadly be divided into social, solo and performance dances. Irish step dancing was popularised in 1994 by the world-famous show Riverdance.

The solo dances are generally characterised by a controlled and rigid upper body, straight arms and back, and quick, precise movements of feet and legs. The solo dances can either be in "soft shoes" or "hard shoes".

The dancing traditions of Ireland probably grew in association with traditional Irish music. Although its origins are unclear, it was later influenced by dance forms from the Continent, especially the Quadrille. Travelling dancing masters taught across Ireland as late as the 18th and early 19th centuries. Because local venues were usually small, dances were often demonstrated on tabletops, or even the tops of barrels. As a result, these early styles are characterized by the arms held rigidly at the sides, and a lack of lateral movement. As larger dance venues became available, styles grew to include more movement of the body and around the dance area. 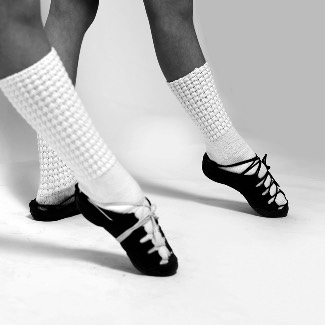 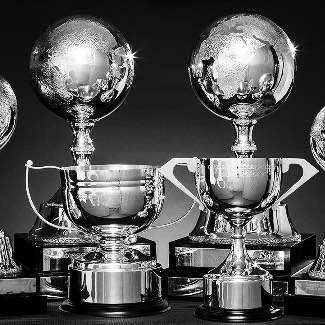 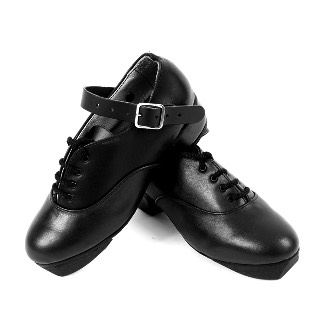 The soft shoes, often called ghillies or pumps, are black lace-up shoes, constructed of soft kid leather, similar in texture to ballet shoes. Their laces crisscross the top of the feet and are tied around the ankle or under the arch.

Soft shoes are used both for solo and social dances.

An organized dance competition is referred to as a feis (pronounced "fesh", plural feiseanna). The word feis means "festival" in Irish, and strictly speaking would also have competitions in music and crafts.

Dance competitions are divided by age and level of expertise. The names of the levels and other organising rules vary between countries and regions. Dancers are scored based on technique (placement of the feet, turn out, off of their heels, etc.), style (grace, power, etc.) and other items such as timing, rhythm, and sounds in their hard shoe dances.

The Aisling (pronounced 'Ashling', Gaelic for dream) is awarded to the highest placing dancer in each category from overseas (Mexico, Central and South America, Europe, Africa and Asia) to encourage them to continue their dream of dancing.

Hard shoes, often called "heavy shoes" or "jig shoes", are used to create rhythmical percussion and are made of black leather with fibreglass heels and taps on their tips, with a leather strap across the top of the foot. Hard shoes are similar to tap shoes, except that the tips and heels are made of fiberglass, instead of metal, and are significantly bulkier.

The first hard shoes had wooden or leather taps with metal nails. Later the taps and heels were made of resin or fiberglass to reduce the weight and to make the sounds louder.

John Carey was born in Sutton Coldfield to Irish parents. At the age of seven he started to learn Irish dancing at the Doherty Academy. Little did he know that this "hobby" would soon map out his life in front of him.

At the age of nine, after less than two years of dancing, he became Great Britain Champion. The following year he won every major title, being the youngest person ever to achieve this feat. He went on to win eight World Championships, six All Ireland, 11 Great Britain and five North American titles.

At the age of 17 John was requested to audition to join the original cast of Riverdance when it was playing for the first time in London. John and Catriona Hale were the first 'English' Irish dancers to join the prestigious show.

John, a bright academic, decided to return to school after the London run to finish his A levels. It was during this year that he applied to Oxford University to study Chemistry, passed the exam and interview and was given an unconditional offer. However his life was to take another turn! Whilst studying for his final A level exams he was contacted by Michael Flatley's agent to be a part of his new show Lord of the Dance.

John put his place at Oxford on hold for one year to join Lord of the Dance. He was immediately appointed as Michael's understudy and was instrumental with assisting with the choreography of the show.

The show opened in 1996 to rave reviews, 3 weeks into the tour Michael tore a calf muscle during the opening number of a performance in Manchester, England. John stepped in and received standing ovations from the audience of 3000 and was declared "Wonderstudy" by the News of the World.

A second touring company of the show was formed and John was appointed lead dancer and dance captain and trained the new troupe of dancers at the now famous Pineapple Studios in Covent Garden. He toured mainly in North America performing at The Oscars, The Rosie O'Donnell Show and The Tonight Show with Jay Leno. John received rave reviews proclaiming him as "The NEW Lord of the Dance".

After nearly 4 years of touring the world John decided to return to Birmingham and discovered his passion for teaching whilst assisting at his former school, The Doherty Academy. In 2003 he took and passed his T.C.R.G. (teaching) exam and became a permanent fixture on the teaching staff at The Doherty Academy.

After a 2 year stint with "Magic of the Dance" choreographing and performing the lead role touring Europe, John decided to concentrate on teaching dancing and opened "The Carey Academy".

In 2008 John passed his A.D.C.R.G. (adjudication exam) and has been invited to adjudicate all over the World. Including Australia, New Zealand, Italy, USA, and of course Ireland.

In 2010 John and two of his students were featured in the documentary "JIG" where they followed their lives in the run up to the World Championships in Glasgow.

In 2013 John joined as a choreographer to a brand new modern Irish show “Hearbeat of Home”.